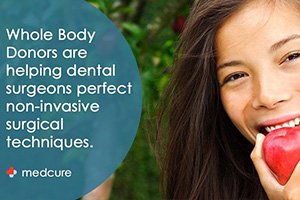 The practice of dentistry has a long history, dating back as far as 2600 BC. However, these early methods are virtually unrecognizable as dentistry by our modern standards, and may even be considered barbaric by many today.

One of the earliest discovered examples of a dental filling dates back nearly 6500 years ago and was constructed of beeswax. At the time that this filling was created, the standard method of removing a cavity prior to having it filled involved the use of a manually operated bow drill, and was most likely to be performed by a craftsman, such as a jeweler, than a physician. By the middle ages, the typical practitioner of dentistry was the local barber, who would extract teeth to help alleviate pain as well as giving a haircut and a shave.

The custom of barbers acting as dentists persisted throughout the 18th century, when innovations in dental medicine began to transform it into a legitimate profession. Much of this progress can be attributed to French surgeon Pierre Fauchard, often referred to as the Father of Modern Dentistry. Fauchard used his experience as a general surgeon to create more modern dentistry tools, often adapting existing tools used by jewelers and watchmakers to meet his needs. He also discovered the connection between sugar and tooth decay. As a result of his efforts, many more surgeons began working to improve the practice of dentistry, with the first dental school in the US opening in Baltimore, MD in 1840.

Dental surgery has continued to evolve in recent years as well. One major innovation has been the introduction of laser technology into dental care. As early as the 1960s, lasers have been used to treat periodontal (gum) disease, and were later approved for use to remove tooth decay. More recently, new, less invasive techniques for the treatment of receded gums was introduced that eliminates the need for skin grafts or stitches, which greatly reduces the recovery time of the patient.

To learn more about whole body donation, visit our website at medcure.org, or email us at info@medcure.org.

What Is The Difference Between Organ Donation And Whole-Body Donation?