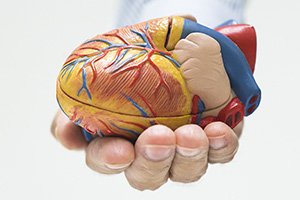 In April of 1969, a patient by the name of Haskell Karp was in desperate need of a new heart. Karp, who was suffering from severe heart failure, had undergone a surgery to attempt to repair his damaged heart, but the surgery had failed, leaving Karp in critical condition. The surgical team, led by Dr Denton A Cooley, knew Karp was unlikely to survive long enough for a donor heart to become available, so they decided to take a chance on an experimental device in hopes that it would keep their patient alive.

The experimental device, an 8 oz plastic pump named the Liotta-Cooley heart for its inventor Domingo Liotta and Dr Cooley, had yet to be tested on a human patient. But Dr Cooley’s gamble turned out to be a success. After being implanted during a 3 hour long surgery on April 4th, the device was able to keep Karp alive for 3 days until a donor heart became available for transplant.

The success of this experimental device paved the way for artificial hearts to be used temporarily to keep patients in need of a transplant alive while they await suitable donor organs. And much progress has been made with these devices in the decades since the Liotta-Cooley heart was first introduced. Modern artificial hearts are now portable and can sustain a patient for prolonged periods of time, such as the recent case of Stan Larkin, who survived for a year without a functioning heart thanks to an artificial one that was carried in a backpack. There have also been even more recent breakthroughs that indicate a permanent, fully implanted artificial heart may be on the horizon, which could help decrease the need for patients waiting for a donor heart.