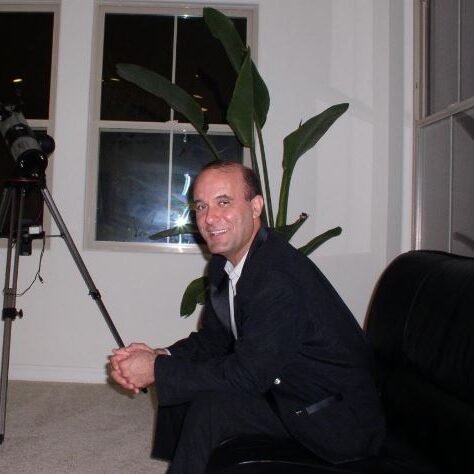 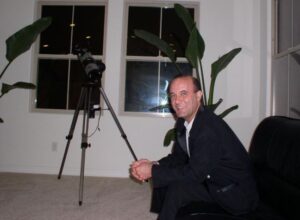 Yoonos Helalian passed away on February 6, 2021 at the age of 61. He was a proud father of two by whom he was dearly loved, and is now deeply missed. He was a lover of family, friends, nature, computers, fun and music. Simply put, he was a playful person whose main goal was to gratify, please, and entertain himself.
Yoonos was idiosyncratically confident to live more than nine hundred years, just as Noah did. Curious and adventurous, he would pursue what he wanted—his dreams and wishes—even in the presence of self-doubt. He never feared to approach new people and spark conversations even when he was very ill and very dependent. He would always envision himself in his teenage years and would act as though he never grew older. Yoonos had a knack for composing and telling stories; he was indeed optimistic and never forsook dreaming big. Even in a demarcated world, he saw no borders and heartily took every opportunity to venture the unknown, and pedantically explored discreet things.
If any person possessed self-respect and self-esteem as vast as the sea—yes, that was Yoonos. If any person was reverential to his parents and family and interested in his religious beliefs, all the while complacently, proudly boastful on being a loyal, devoted accountant to his late father and a helpful son — that was Yoonos. If there was a supportive partner to his brother in a shop back home before migrating to the United States, despite neither being rewarded whatsoever nor being given any of his shares of his stocks—that was Yoonos. Notwithstanding the hardships and adversities in life, he remained happy and in good humor, never taking himself too seriously, and was delighted to be the pun of everyone’s joke and to joke with everyone.
Yoonos was incredibly social and relished partying, traveling, dining out, and wandering around. Headed to dining out?—Call Yoonos, and then he would show you the way and divulge to you the most delectable meal to order and gobble. Persian Restaurants were his favorite: usual and traditional, plain and hearty—just like himself—yet still never too old, never boring. Yoonos was the life of the party: fantastically friendly and tremendously talkative amidst even the quietest festivities, and everyone would revel in spending time with him. He knew the importance of his family; not only was he concerned with the legacy he would leave, but he also honored the legacy he had received and the traditions of his Turk ancestors. Yoonos believed in his Creator; he started and finished his day in prayer.
Yoonos was neither studious nor erudite; yet he was engrossed in reading newspapers, watching movies, and listening to and playing the piano. One could spot him intently thumbing the leaves of a magazine even in the waiting-room of the dentist’s office; could catch him eyeing any medium capable of transmitting visual imagery: whether the TV screen at home, or the billboard along the highways and roads; and could hear the thuds of his fingers dancing across the piano early every weekend morning once the rays of the sun had crept up to his window. He was always learning and experimenting through trial and error and he mostly picked himself up and tried repeatedly when things did not go his way.
Place Yoonos in any scene and he was comfortable; because he believed in experience then knowledge. He took joy in treating himself to a religious book, a historical chronicle, or a romantic narrative. He was particularly adept at reading his religious books, and recently was reading them a lot; he also cherished his rosary, and enjoyed clasping it when reciting his prayers. Yoonos was remarkably attracted to his culture, family, and religion. A caring son, he loved his mother profoundly and did all he could to make and keep her happy—for Yoonos, his mother was priority. He was not a man of drink or smoke, but rather a patently good eater. He was a man of travel—being apt to walk, bike, and drive.
Recently, Yoonos was excitedly fixated on counting and on the concept of numbers—he would count everything, from pages of his books to juice-glasses in the cupboard before him. Yoonos did not like subtraction or division; he did not like to separate or divide. Rather, he would briskly add and multiply every number of which he could obtain possession— from the digits on the wall-clock to the measure of grids on the window and panels of the shutter—because all years he tried to be there for his siblings to unite and not to divide as he was emotionally hurt and suffered from them being so apart. Arithmetic and summing constituted Yoonos’s bliss.
Yoonos was the tableau of pleasure and happiness. May he continue to rest in peace and happiness—as he always would when alive.