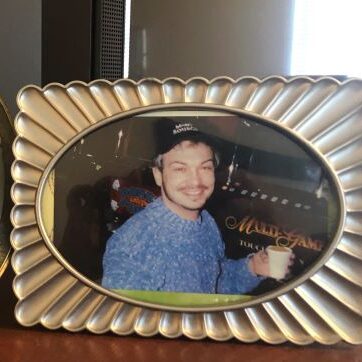 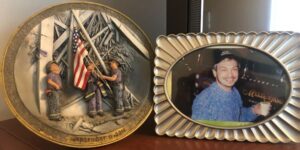 My brother, Bobby (to me), passed away on 9/11/2021. He was a young 60-year-old man, that dearly loved the Lord. He was the most positive, upbeat person ever. He fought his toughest battle for nearly 2 years, never complaining one time. He lived alone, no wife or children. As his sister and nurse, I was blessed to be with him most of the time. He lived in Las Vegas. and I live in Ohio. I came back to Ohio occasionally to visit my children and grandchildren, but Vegas was basically home for me during the last 2 years.  I promised Bobby I would stay with him and care for him until he passed. He wanted to live out the rest of his life in his home and not a facility; I was so grateful I could grant his wish. My brother was the most giving person I’ve ever met, he’s the type of person who would give you the shirt off his back. He often found himself donating to great causes and giving to the homeless. Every 9/11, he would take that day off work and pray for the people that lost their lives – survivors, first responders, etc. So, it’s very ironic he would pass on 9/11. He still wanted to give after his death, so he donated his body for a great cause. He is still giving. Thank You so much MedCure.