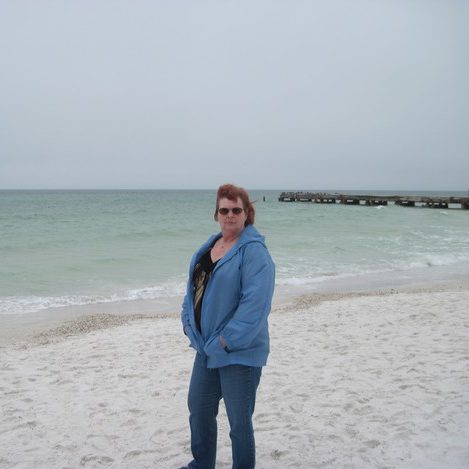 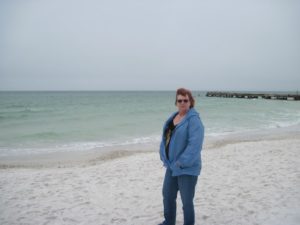 My wife and I met later in life. I was 43 and Linda 39. I was a hotel consultant. I was in Las Vegas to check out some opportunities. I had some time to kill and headed to Panama City Beach. I always enjoy spending time at Panama City Beach. I saw where a local hotel was hiring managers, so I applied. I was hired as the Front Office Manager at the Holiday Inn Beach. I started in February, 1990. It turns out my wife was hired the day before as the Holiday Inn Beach night auditor. When I met Linda, I thought to myself, that’s a real great lady. She had just come out of a bad relationship. I also had just come out of a bad relationship. Neither of us were looking to be involved. Everybody sets up defenses not to get involved again. Both of us did.

All of a sudden, we both realized we had gotten through the others defense with the help of another employee. My son and my mother had visited me in Panama City Beach in May. It was long after that I asked Linda to marry me. When I told my son, I was going to get married again, he told me you’re going to marry the brunette. I said how did you know? His reply was every time the two of you see each other you light up; It was obvious to him. After our wedding, we went back to consulting and traveled the country. We call that our ‘great adventure’. We loved every minute and enjoyed life wherever life took us. No day was a bad day for us. We decided to semi retired in 2012 and return to Florida. We retired fully in 2017. Linda made friends easily and has kept in contact with friends we made across the country. Linda was truly my soulmate in every aspect. We completed each other.

Linda and I were going on 30 years of marriage when she was stricken by a major heart attack. She had just gotten out of the hospital where they were working on a leg circulation issue that was deemed a success. We were planning on how to spent our 30th and our 50th wedding anniversaries. Several years ago, we both decided to give our bodies to research after death, in order to help humanity. In life we always tried to help the people we meet. In death, we decided it should not be any different. Our goal has always been to help people.  Body donation is just another way.

Linda is survived by her three sons,  Wayne, William, and Adam; two step sons, Brain and Brett; two step daughters, Licia and Tracy; two daughter’s-in-law Katherine and Karen; three grand children, Britney, Russell, and Gabriel; and a great grand daughter. I will always miss my soulmate. Until me meet again in Heaven.