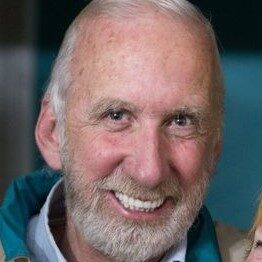 John worked for Lufthansa Air Cargo dangerous goods and services for 35 years. John also served in the US Army in Hawaii. He loved his job, even though he was aware that coming in contact with these goods could cause him health problems at some point in time. John retired May 23,2013 and appeared to be in good health. He enjoyed playing daily rounds of golf and gardening. His 4 rescued four-legged kids were the center of his life. Walking and playing with them was a major joy in his life.

One morning his trip to the bathroom turned into a life changing moment; instead of urine he had blood. A trip to the ER showed that John had stage-4 bladder Cancer. He decided not to have his bladder removed, but instead had his bladder scraped and all was good for almost 5 years. John changed his diet, cutting out all sugars and eating healthier. Then in 2021, his visit to the doctor changed his view of his eating habits. His oncologist told him he was cured, which to John meant he could return to all the unhealthy eating habits. When he left the doctor’s office, he went directly to a local doughnut shop and on to the ice cream shop. A few weeks later he became very sick with pneumonia. Three rounds of antibiotics finally cured it. However, John was losing weight at a disturbing rate. In May, we went back for a scope and to our horror the cancer was back. Once again, the bladder was scraped, and it appeared they had got it all. However, John’s weight loss continued. I insisted he have a PET scan and when the results came back the cancer had spread to the bone in his spine. It was May 15th when we received the results. It was at that time John decided to donate his body to MedCure in hopes that perhaps his death could one day save others from cancer. John passed just six weeks later, on June 25, 2021. John is survived by his wife Amie, sisters Peggy, Maryann, and Kathy as well as his brother, Mike. He was preceded in death by his brother, Patric, Mother Doris and Father, Robert Mclaughlin as well as many nieces and nephews.

The world lost a loving, giving man. It was my honor to be his wife.