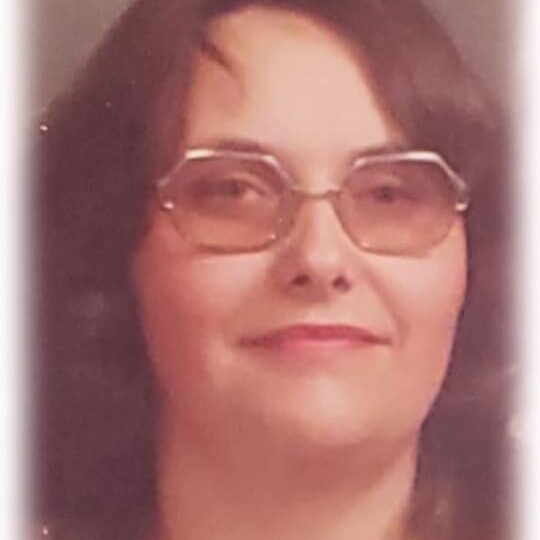 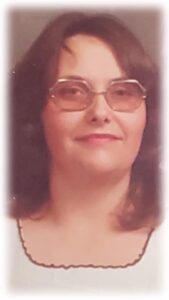 Born Gladys Palma Marie Grant on Sept. 30, 1950, to Frank and Maria Grant of Napa, CA.  She was the oldest of four children for the Grants. Her siblings are the late Nettie Hudspeth, Alice Hudspeth, and Frank Grant Jr.

At the tender age of 9, Gladys was severely burned throughout a large percentage of her body.  During her recovery, Gladys spent many months in the Oakland Children’s Hospital burn unit.  Throughout her time in the hospital, she had many nurses caring for her, both good and bad.  She always said this time in her life was what gave her the interest in the nursing field.

As an early adolescent, Gladys moved in with her Grandparents.  She cherished her years in their care.  Gladys would help with the deli her grandparents ran, Pometta’s Deli in Oakville, CA.  She was known to go down the road to a nearby creek and pick blackberries for them to sell at the counter.  She enjoyed babysitting for her Aunt Inez.  She always spoke of how hard-working her grandparents were, and often attributed her own hard-work ethic to them.

Gladys attended St. Helena High School from 1964 to 1968.  While in High School she completed the Red Cross course to become a hospital volunteer in the Silverado Chapter.  In July of 1966, Gladys had the first of what was to be many capping ceremonies into the nursing field.  Gladys and her High School friend Janice did their volunteer work at St. Helena Sanitarium and Hospital until their High School Graduation.

Shortly after High School, Gladys married and was blessed with four daughters – Charlene, Maria, Regina, and Ramona.  When that marriage ended, she packed up her belongings to set out on her own and find a better life for them.  Although she was uncertain of what the future might hold, she knew this was the best choice.  As a single woman with four little girls, she was faced with the uncertainty of how to support them.  She reignited her long-time passion for nursing and enrolled in nursing school.

As a single mother of 4 little girls, Gladys enrolled in the Ukiah Vocational Nursing program.  With only a limited number of enrollments during each class, Gladys and another student were alternates.  They would only be allowed to graduate from the program if someone else dropped out.  She studied hard and juggled motherhood a single parent.  As it would happen someone did end up dropping out, creating an opening for one of the alternates.  The school officials reviewed both women’s grades and attendance and found they had equal GPA’s and attendance records.  The school never had this happen before and chose to leave it up to CA State Nursing Board.  The board voted to make an exception this year and allowed both women to graduate.  Gladys received her hard-earned Vocational Nursing License on Sept. of 1978.  She knew the value of education and felt one is never too old to expand their education.  In the 1990’s, as her daughters began their own independent lives, she enrolled back into college to pursue her RN degree.  In July of 1996, she earned her CA State License as a Registered Nurse.  She didn’t end her education there. She also wanted to help teach future nurses, so she enrolled with Phoenix University to pursue a Master’s degree in Nursing.  In June of 2004, Gladys received her Master of Science in Nursing with high honors.

Gladys enjoyed dancing a lot. Her girls remember growing up with music as a constant in their home.  Most of her dancing was at home until 1990 when she joined Parents without Partners. It was there that she met the love of her life, Fred Mealey.  At the time when they first met, they were both seeing other people.  When those relationships fizzled out, they began dating.  From then on, neither of them felt the need to search anymore; they had found their true love.  They married on Nov. 27, 1993.

When Gladys got time off from nursing, she enjoyed traveling.  Since Fred enjoyed keeping Gladys happy, he went along with their adventures.   Fred often said Gladys knows everyone, I can’t take her anywhere people don’t know her.  He recalled being in Las Vegas and someone across the way hollering, “Gladys! Gladys!”; it was someone she had cared for their mother years past.  So, when Fred took Gladys on a trip to Boston, he figured there was no way she’d know anyone there.  While out to lunch with Fred’s family Gladys got up to look around at pictures on the restaurant wall.  Gladys, being her typical social self, began talking with another couple at a distant table.  As the couple left the restaurant they looked over toward Gladys and Fred’s table and said, “Bye Gladys”.  Fred about fell out of his chair, turned to Gladys and asked, ” How do you know someone in Boston?”.  They decided they would take their adventures to sea; they took cruises to both Mexico and Hawaii.  On their cruise to Hawaii Fred recalls rough waters during the Tsunami of 2004.  But the trip Gladys treasured most was her visit to Germany to see her daughter, Maria, and family stationed there with the military.  Gladys wanted to see as many countries as possible.    Fred had to slow her down, as there was only so much they could see within the allotted time.  Maria took them to see castles and other historical sites in Germany.  They also booked tours to see the Eiffel Tower in France, as well as the Roman Colosseum and the Vatican in Italy.  Her Italy tour brought her to Switzerland for just a quick stop; but one she really enjoyed, because of its connection to her Grandparents.  One of her last big trips was with her sister, Alice, to New York.  At this time, Maria and her family were stationed in New York.  Gladys got to feel the spray of Niagara Falls on her face.  Maria also took her to New York City to see Ellis Island, another important spot.  Gladys was aware of her grandparents travelling through Ellis Island when they immigrated to America from Switzerland.

As Gladys no longer stressed for things in life, she often enjoyed helping others.  She was known to buy nursing scrubs and uniforms to give to other struggling nursing staff.  Her own daughters remember a time she cleaned her only uniform every night.  She would bring food and gifts to family members in need, especially those with children.  Gladys was never one to boast about her generosity, so there’s likely much more that she did, which most of us will never know about.  As her job titles changed to supervisory roles, she would hire and mentor those who otherwise might have been overlooked.

Gladys suffered a severe stroke in Feb. of 2014 while she and Fred were getting ready for bed.  She had been off a few days, and she would have been heading back to work the next morning, had the stroke not happened.  This event shook her family to the core, as she was the matriarch.  She couldn’t speak many words after the stroke, but she understood and remembered past adventures.  She enjoyed visits from family and friends.  You couldn’t sneak in with a mocha drink without her giving you that smile that said, “you’re going to share right?”.  Fred was the majority caregiver for his wife with the help of her daughters, right up until her passing.

In true Gladys form, she had made a choice a few years prior to her stroke, to donate her body for medical research and education.  Even in her death, she is helping others by making an impact on the future of medicine.