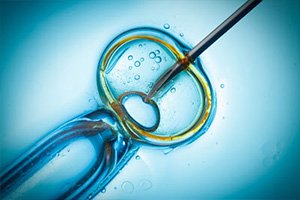 July 25th, 1978, 11:47 pm, Louise Joy Brown, the first baby successfully conceived via In-Vitro Fertilization (IVF) was born. This method, pioneered by Dr. Patrick Steptoe and Dr. Robert Edwards, has led to millions of babies being born worldwide to parents who otherwise may never have known the joy of having a child.

When Lesley and John Brown approached Drs. Steptoe and Edwards for help conceiving, the doctors had already made about 80 unsuccessful attempts with their experimental method. So, what made the Brown’s attempt different? Steptoe and Edwards’ previous attempts all involved letting the fertilized egg divide into 64 cells (about 4-5 days of development) before being implanted into the mother’s womb. In the Browns’ case, the doctors decided to implant the egg after only 2 and a half days, which could have led to their success.

In July of 2012, the number of babies born globally through IVF passed the 5 million mark. This once controversial treatment has now become one of the most common methods for overcoming infertility.
Share

Everything You Need To Know About Death Certificates

5 Common Fears About Body Donation (and How to Face Them)