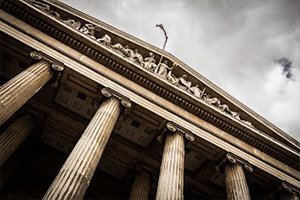 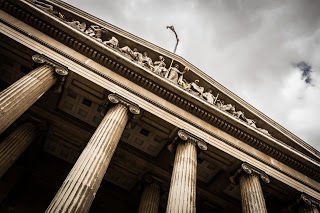 Organ donation in the United States operates under a strictly controlled system with federal rules and oversight, but body donation remains largely ignored by legislators. There are no national laws controlling it, and only a few states have passed relevant legislation. MedCure is one of several whole-body donation programs who would like to see that change.

MedCure and other reputable programs have long stressed the importance of donors choosing to work with accredited donation programs. For a program to earn and maintain accreditation means that they have met certain standards and have agreed to act according to certain practice guidelines set forth by the accrediting body.

The AATB (American Association of Tissue Banks), which has accredited MedCure, requires such standards as complete tracking of all donors throughout the entire donation process, performance of infectious disease screening, and the assurance that all donated tissues are provided to only legitimate research and education programs. AATB also performs periodic inspections of accredited facilities in order to be certain that all relevant standards are being met. MedCure believe that basic controls like these are appropriate and necessary to protect the generous individuals who elect to become donors, as well as the family members and loved ones they leave behind.

The Need for Regulation

Lack of regulation has unfortunately allowed a few unethical individuals or companies to abuse the trust placed in them by body donors and their families. Sensational news headlines reappear at irregular intervals to report one terrible discovery or another—improperly stored remains found in unhygienic labs, poor or disrespectful procedures used to handle human remains, waste materials returned to loved ones in lieu of cremated remains. These events shame the industry and ill-serve the public, leading to confusion over what programs can be trusted to serve donors and their families with integrity and respect.

Recently MedCure put its support behind a bill in the Oregon state legislature which would have made it a requirement that all body donation programs operating in the state receive and maintain accreditation from a national body like the AATB. Unfortunately, the bill did not pass, but the spirit which inspired this effort lives on in other parts of the country. Right now in Arizona, there is a new push to enforce a bill passed in 2016, which requires a state license for all body donation program operating inside its borders.

A bill has also been introduced in the United States Congress. HR 1835, the Consensual Donation and Research Integrity Act of 2019, was introduced by House representatives Bobby Rush (D-IL) and Gus Bilirakis (R-FL) to create a registration and tracking system for bodies donated for research. It also would require “respectful disposition” of remains. The bill was referred to the House Committee on Energy and Commerce on March 18, however hearings have not yet taken place. MedCure hopes that congress will take up the issue soon.

The impulse for an individual to donate their body to science is one born out of an innate desire to do good. Body donors want to have a positive impact on society after they leave it, to help save or improve the lives of future generations in a tangible and important way. Because of this, it is important that the programs that benefit from their generous bequests operate according to the highest ethical and professional standards.

At the moment, doing so is completely voluntary within the body donation industry, but leading programs such as MedCure are backing changes to that system. We understand that donors are vital to the continued advancement of medical science, and we believe it is important to show our gratitude by protecting them and the precious gifts they choose to leave behind.

What Is The Difference Between Organ Donation And Whole-Body Donation?