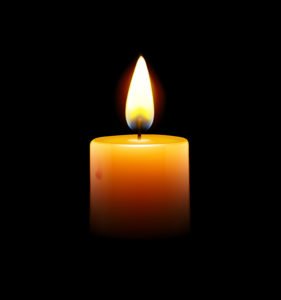 On 3/12/21, George was in the hospital with a DVT from a fall on 2/24, unable to walk and in great pain. He had had many illnesses but this was different and so he thanked me for marrying him. Growing up, he never thought he would amount to anything due to a school that did not heed his need to learn. So as he laid there in the ICU, in pain, thanking me for marrying him, he never saw himself as a “gift.” He said “I was nothing and you made me something.” I only loved him, he did the rest.

He was generous, kind, humble, willing to help anyone in need and was a good friend and husband. From the hospital, he made it to a nursing home then hospice where he continued the battle with Morphine, prayer and words of love from family and friends. He went home on 4/18/21, at 9:29AM.

I will miss you, my Beloved… but I will see you soon…

“In the night of death, hope sees a star, and Listening love can hear the rustle of a wing.”
– R. Ingersoll